Paid entry into the center and buses on biofuels: a successful mayor from Sweden gave valuable advice to Kiev 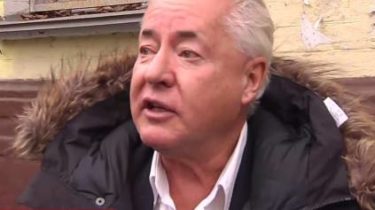 The heads of more than hundred of Ukrainian cities gathered in Kyiv to discuss how to make money on high technologies and that do to innovation to serve people and to share experiences and invited the best mayors in the world. Journalists took advantage of the presence of foreign mayors and invited them for a walk around the capital, says the story TSN.19:30.

Mayor Bo Frank famously did a little Swedish city of Vaxjo the greenest in Europe and, accordingly, the net of harmful gases. He taught people to bike and even weaned to eat meat. Tube is the first thing he noticed in the Ukrainian capital. “You can reduce the number of rows to auto, but to increase the ranks of public transport and bicycles. If you build more roads or wide paths, it will be even more cars. We also did a paid entry into the centre – we earn a lot of money,” he said.

Videosvery the official said, as the Ukrainian people’s representatives can serve people

The first day of the fierce ice in Kiev, the Swedish official walks circumspectly and recognizes that in the city this weather moves easier. “I don’t much like salt because it is unhealthy and bad for dogs,” he comments of the Ukrainian methods of struggle with ice. Frank does not understand screens instead of reconstruction, but controversial theatre on Andreevsky Spusk he likes: “It’s so usual for Sweden! Beautiful! All new buildings we have here are the box!”. Surprised the Swede and composters in the tram: “we Have always a plastic card”. The Vaxjo is long gone and trams only buses running on biofuel. “Though the trams are many like this as part of the culture. But the buses are more efficient, don’t need the rails and less clutter the road,” he explains.

Another attraction for French – trip on the Hem on the car. “Ride like horses! “Ferrari” here will not pass” – he commented the Kiev road. “The worst road I saw in Russia,” adds the Swede. In the country, recognized like this anywhere else. As the cost of utilities for the housing, he pays much less than it would have for the same in Kiev. “I hope the new house you are building for energy saving?”, – hopes Swedish mayor. And is recognized perhaps the greatest difference, which is a recipe for positive change in Ukraine. “In Sweden, many people also complain about the government. We may quarrel between the parties. But people know that we have corruption,” stated Frank.