Counterintelligence of SBU told about the “blood trail”, which is left in the “LC” EA Carpenter 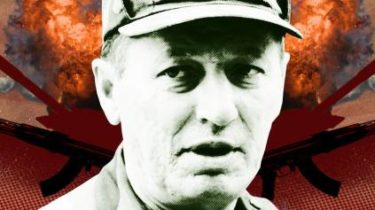 Counterintelligence of SBU together with TSN.ia continues to inform the public about the citizens who are involved in maintaining the existence of the “L/DNR” and the looting of the Ukrainian lands.

In previous publications it was about the personal guards of the leader of “DNR” Zakharchenko, and killed in Syria by the General Valeriy Asabove and the General-major Valery Sharapova who took part in military operations on Donbass. About Lieutenant General Michael Teplinskaya, in particular, know that his arrival in the occupied territory was equivalent to Armageddon. And another Russian General Boris Fomichev became known after leaked online recordings of his angry speech, addressed to the Chechen mercenaries who frightened ran away from the battlefield.

At this time, the counterintelligence of the security service provided information about one of the founders and leaders of the military corps of the terrorist organization “LNR”, which was assigned to the temporarily occupied territory of the Luhansk region representatives of the authorities of the Russian Federation. 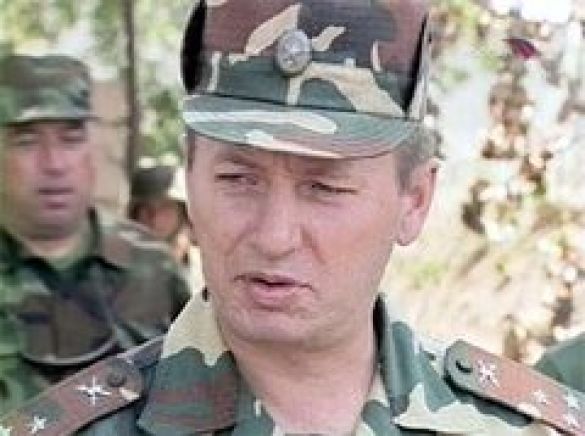 Military service Barankevich was held in the Siberian military district, Afghanistan, in the group of Soviet forces in Germany and the Volga and North Caucasus military districts of the armed forces. Participated in the first and second Chechen campaigns.

In June 2004, he resigned from the armed forces of the Russian Federation in the rank of Colonel and went into South Ossetia (an unrecognized Republic, which proclaimed independence after the Russian-Georgian war in 2008). There Barankevich was appointed “Minister of defense”, he also received fejkova the title of local importance – “Lieutenant-General”. During 2006-2008, Secretary of the security Council of the unrecognized Republic of South Ossetia.

Produced Barankiewicz the experience of “spin” of the territories of neighboring States and “perestroika” there are quasi-public entities needed Russia in 2014. From September 2014 to February 2016 Barankevich was appointed adviser on combat readiness of the former leader of the “Luhansk people’s Republic” Igor Plotnitsky.

Having received carte Blanche from Russian officials, barankiewicz, together with representatives from the senior ranks of the armed forces of the southern military district of the armed forces engaged in the creation of small illegal armed formations of the second army corps “of the LPR militia” modeled on the Russian army.

In order to hide the presence of Russian troops in the occupied part of the Luhansk region, the “official” composition of the leaders of the army corps all the time was formed from among the citizens of Ukraine. Thus, the actual command specified terrorist unit was carried out by the Russian commanders: major-General Sergey Kuzovlev, major-General Yevgeny Nikiforov, major-General Boris Fomichev, as well as myself Barankevich.

It is noteworthy that this process of formation of kazarmi Russians caused considerable resistance from a large part of the commanders of the so-called “militias” that were frankly disgruntled Russian army drill and, especially, the loss of ability with impunity, to wreak havoc.

But then the “battle of the heroes LPR” who dare to speak out against the policy of the Russian guards, were severely punished. What is the history of the elimination of “Cossack Colonel” Pavel Dremov, which blew up in his wedding day.

A severe temper Barankevich showed during permanent process of personnel “sweep” at the top of the puppet Republic.

It Barankiewicz has compiled lists of so-called “Ministers” that inevitably came under repression “of law enforcement LPR”. First in the ranks of the exiles were “Minister of defense” Oleg Bugrov. Against him was opened “criminal case” fraud in especially large sizes.

Escaping, Bugrov was forced to flee to Russia. But Barankevich got him there. Materials “the works” was transferred to Russia, where actually carried out the criminal prosecution, which culminated in the verdict of the court.

Also got “the Prime Minister LNWR” Gennady Tsepkalo, which is still able to negotiate with the tandem Carpentry-barankiewicz and were simply dismissed with “posts”. However, later, in September 2016, arrested Cepelovo tortured to death.

Even after rotation Barankevich in February 2016, it continued to influence “political-military” aspects of life “LNR” through his successors, who also pursued a policy of “strong hand”. As a result, the “Ministers” of quasisecurity in three years changed a hundred percent, and some of the “officials” repeated the fate of Cepelovo.