In Kiev the bus at full speed crashed into a truck, three injured 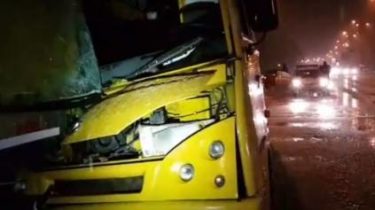 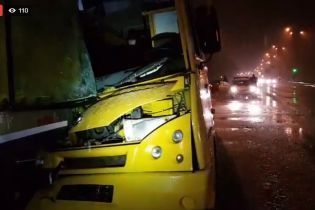 On the evening of 3 December , an accident involving a minibus, injuring at least three people.

The accident occurred on the street Palladin. According to preliminary information, the DAF truck was standing in the right lane and at full speed drove the van, which followed the route 745. As a result of collision the minibus much went under the truck.

In the accident three people had been injured, they are hospitalized. It is reported that their injuries are not serious.

We will remind, the Kyiv city state administration stated the illegality of the work 40% of the taxis in the capital. During the audit it was revealed a number of significant drawbacks for the organization and control of the Department of transport infrastructure and inefficient work on the part of Municipal transportation service. As of mid-November there are no legal grounds for service carriers in the taxi 40% of the routes (67 of 166 that exist).