Russian heavy mortars are back on the front line – ATO headquarters 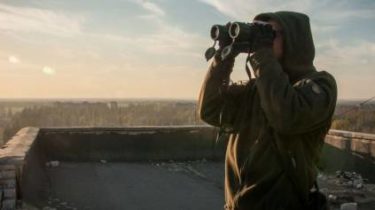 Occupiers are increasingly used heavy weapons prohibited for attacks on positions of the APU in the Donbass. It is noted in the evening the summary of the press center of the ATO headquarters on Saturday, December 2.

According to the military, the enemy resumed shelling of the frontline settlements. “So, the invaders fire from mortars, rocket-propelled grenades and small arms hit residential areas in Vodyanoye, Avdeyevka and Verkhnetarasovka. As a result of recent shelling injured 31-year-old woman. On Lugansk the direction the invaders has released nearly two dozen mines of calibre of 120 mm at the defenders of Lugansk, which is on the arc Svetlodarsk. Under mortar fire of various calibers were the defenders of the Trinity and Gold”, – reported in the headquarters.

Officers also claims that the mortars caliber 82 mm and 120 the enemy used the middle of the day near the Water and Talakovki. “From grenade launchers, the enemy violated the cease-fire in the suburb of Avdeevka. And in the area of Krasnogorovka our defenders came under fire from a sniper. Just since midnight the Russian-terrorist troops 10 times violated the ceasefire regime”, – concluded the representatives of the leadership of the operation.

As reported, on the eve wounded by enemy shelling Ukrainian serviceman died in hospital on Tuesday from his injuries.