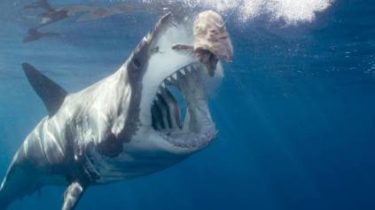 Trying to catch a wave, the guy swam directly over the shark. Horrific video was recorded by the lapel camera of a daredevil.

The guy told me that the sea monster saw for the first time in my life. When I realized that from the jaws it is separated by only two feet of water, lay on the Board and as quietly as possible pulled away from the dangerous places. Closer to the shore sharks could swim in search of warmer water.

Recall that in Barbados has lost a promising 16-year-old surfer, who rode during a powerful hurricane “Irma”. The guy fell off his Board and ran into the reef. The newspaper “National news” in Barbados called the guy one of the most promising young surfers.

Videostravestis surfer survived an encounter with a shark