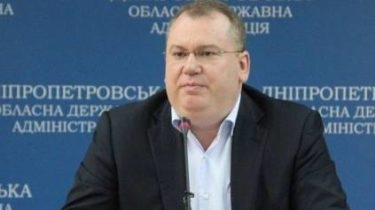 The estimate indicates this will be a year of growth for the region. The region intends to repair roads, to build kindergartens, to upgrade schools, to implement new environmental projects. In General, the development of the region in the budget of 2018 has provided almost 1.5 times more than in 2017. this was stated by Chairman of the Dnipropetrovsk regional state administration Valentyn Reznichenko, the press of clubability. 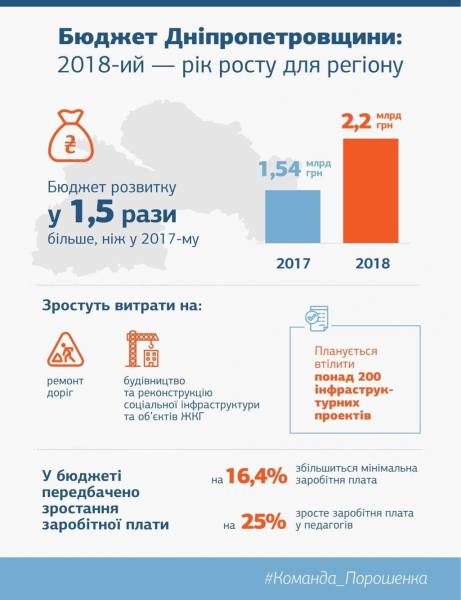 “Dnipropetrovsk oblast adopted the regional budget one of the first in the country, even before the adoption of the Ukrainian budget. This gives the Budget code, and we use it for the third year in a row. 2018 will be for the region a year of growth. The focus will be the construction of new and reconstruction of old social objects. There will be more of repaired roads, renovated schools and kindergartens, implemented environmental projects. To increase the pace of development of infrastructure of Dnipropetrovsk region – is the task of the President of Ukraine Petro Poroshenko,” – said Reznichenko.

In 2018 on the development of Dnipropetrovsk region will spend almost 1.5 times more than this year – 2.2 billion UAH. Compared to 2017, to the repair of roads provides 60% more money. The same amount will increase the cost of the renovation and construction of social facilities. Schools, kindergartens, hospitals, stadiums, housing, improvement of human settlements will spend more than a billion hryvnia. In General, it is planned incarnation of the more than 200 infrastructure projects.

“Dnipropetrovsk oblast has adopted the main budget on time. This means that in 2018 we won’t live on 1/12 of the current estimates, we will not wait until spring to start the tender procedure. To the implementation of important infrastructure projects will start from 1 January,” stressed the head of the field.

In the regional budget-2018 provided for the growth of all social protection expenditures, in particular, defined by the Cabinet of Ministers a salary increase. Next year the minimum wage will increase by 16.4%, teachers – 25%. The cost of salaries, pensions, scholarships, food in hospitals, medicines and energy will rise by almost 19%.On the draft budget Dnipropetrovsk Garbatula six months.