U.S. shares fell after the ex-adviser to trump pleaded guilty regarding false statements to the FBI 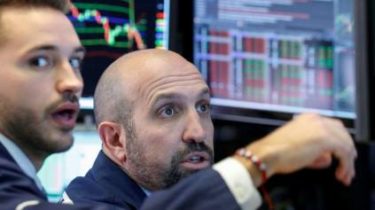 The US stock market responded with a decline on the news that a former adviser to President trump, Michael Flynn pleaded guilty, making a false statement to the FBI about the meeting with the Russian Ambassador. Flynn also allegedly said he was ready to testify against trump, his family and environment, that is, the current White house staff in the investigation of possible RF interference in the US presidential elections in 2016.

During the day the S&P 500 index fell more than 1% – the most in the last three weeks. The Dow Jones fell 0.5% in the middle of the day. About it reports “Voice of America”.

Stock markets opened with a negative dynamics, however, the decline intensified when ABC announced that Flynn will testify against trump.

Recall the quotation of the U.S. stock market grew after trump took the position, given the expectations of deregulation of business and lower taxes for businesses. Trump repeatedly spoke approvingly of the growth of stock markets. “The reason why stock markets are so successful,” – said the President of the United States reporters last month.

The fact Flynn was eclipsed by news about the support of the Republicans a long-awaited tax reform that could have a positive effect on the mood of the stock markets.