In Kiev-Pechersk Lavra sell received as a charitable donation of wine for 3.5 thousand UAH per bottle 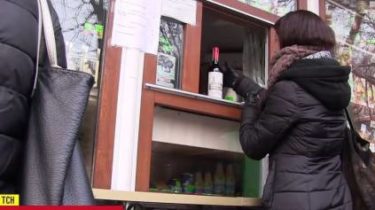 Gift 1.2 thousand bottles of Italian wine, got Kiev-Pechersk Lavra as a charitable donation. The alcohol was intended for gifts to the guests of the monastery, but got on sale for a crazy price, according to a story TSN.19:30.

The price tags with the figure of RS 3500 in some stores concealed, so as not to confuse believers, and in others the contrary is made in the image and stressed that the wine is not simple and exclusive, released with the Church’s blessing, has 30 years of aging and is designed to celebrate the 30th anniversary of the revival of monastic life in the monastery. However, an experienced sommelier, which the journalists brought in to try the drink remained on this low opinion, his taste is not revealed in the glass, as it should be high-quality wine. “More than 300 hryvnia, I would for a bottle is not given”, – said the President of the sommelier Association Dmitry Sidorenko.

In the company-the importer explained that the alcohol is aged in barrels in Italy, but not 30 years, but only 5. Made it really special, however the wine was not intended for sale – on this product’s future in the company learned from the media and were stunned by the news. The representative of patrons showed a letter from the Abbot of the Laura Archbishop Pavel of how difficult the Church, and it would be good if businessmen were able to donate wine. “We appeal to you with a request to provide charitable assistance in the form of two hundred thousand bottles of wine TOSCANA ROSSO, as the monastery is a non-profit organization and carries out its charitable and business activities through donations,” wrote the Metropolitan. Patrons responded, agreed of the label and ordered a batch of wine, which gave the Abbey. The winery, which produced a drink that works from 1956 in Chianti in Tuscany. Patrons say that the wine is really exclusive because individual blend and buy it in regular stores is impossible. However, the price of 3.5 thousand not comment – not hide the surprise from her. “It will remain on the conscience of those people who has led to this,” says one of the benefactors. 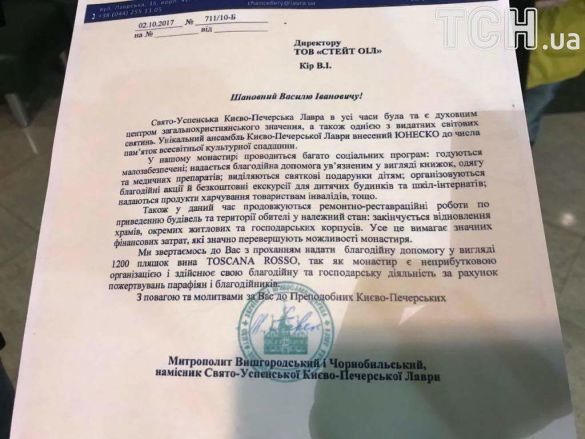 The superior of the monastery, Metropolitan Paul on the phone explained that is abroad for treatment, so can not speak. Reporters he was advised to do “their business” and to comment on something in the distance flatly refused. “You will come – I will tell you,” said the Metropolitan. The press service of the UOC of the Moscow Patriarchate, which owns Laurel, about wine didn’t hear anything. In an official response to a written request by TSN, the clergy noted that to comment on their actions. Simple mathematical calculations show that donated bottles you can earn more than 4 million hryvnias.