On troyeschina drunken passengers staged a fight in the bus, there are victims 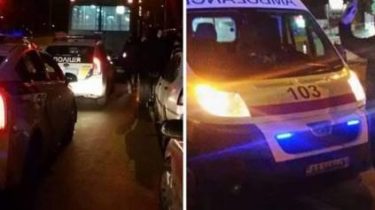 In the capital on troyeschina night there was an unfortunate incident, writes dtp.kiev.ua.

Somewhere around midnight on December 5 in the bus, which was moving on the street Dreiser, went drunk people, introduced myself to the conductor and began to pester the passengers.

It turned out that those were also not very sober, and a fight began, during which all the participants received injuries, and one man broke a finger. To curb offenders had four patrols.

The police reported that half of the cabin trolley covered with blood. Circumstances of incident are investigated.

Fight with a stick: Uman women staged a showdown on the road

We will remind, not so long ago in Lviv was detained by the guys who had fun beating up people and wreck cars and trees.