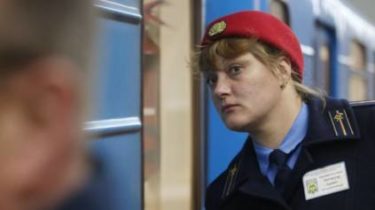 Today, December 7, for a football match “Dynamo” (Kiev, Ukraine) and “Partizan” (Belgrade, Serbia) at the NSC “Olympic” will be partly modified mode of operation of some stations. About it reported in a press-service of the Moscow subway.

From 19:00 to 20:00 the station “Olympic” will be closed for entry and exit, “sports Palace” – on the way out, “Leo Tolstoy Square” – at the entrance. Trains will go past the “Olympic” without stopping.

13 stations and $ 2 billion. Kubiv told about the project of construction of metro troyeschina

“After the football match it is possible to limit entry to passengers stations “Olympic”,”Palace Sportu”, “Ploshcha Lva Tolstoho”, – stated in the message of the underground.

Earlier it was reported that in Kiev subway began to operate the new rules of journey of exempts. Pensioners, parents of large families and people with third group of disability, having a residence Kiev, and other categories will not be able to pay the fare in the presence of “card of Kiev”.