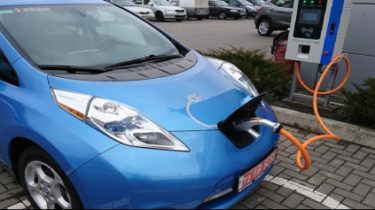 The Verkhovna Rada adopted amendments to the Tax code, which freed drivers from tax and excise tax on transactions for import into Ukraine of cars, equipped with only a motor.

Such conditions will be in effect for five years. This is stated in the plot of TSN.Ranok.

The total number of electric vehicles that travel the roads of Ukraine – several thousand. Ukraine took fifth place in the international ranking of the rate of purchase of electric cars, ahead of such countries as USA, Netherlands and Japan.

Rus/En Necarne Thursday in Parliament! Voted that the VAT and excise duty on import of electric cars will not be paid with 1 I…