Russia has declared to “the Ukrainian military”, who said that MH17 was shot down from Ukrainian “Beech” 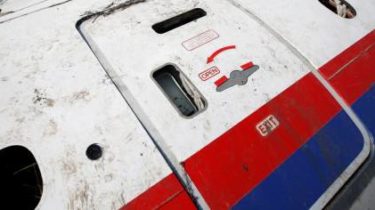 Channel of the Russian defense Ministry “Zvezda”, which is famous for the incredible proliferation of fake, has published an interview with the “Ukrainian military”, claiming that the MH17 was shot down by a Ukrainian Buk.

“Military” called himself Yuri Baturin. According to him, in 2014, he was chief of the command post of the military unit A-1215 anti-aircraft missile troops of the Armed forces of Ukraine, which is located near Kharkov. Buchanan says she’s been getting all the information about air situation in the region and seen on the monitor of the radar vanished “Boeing”. 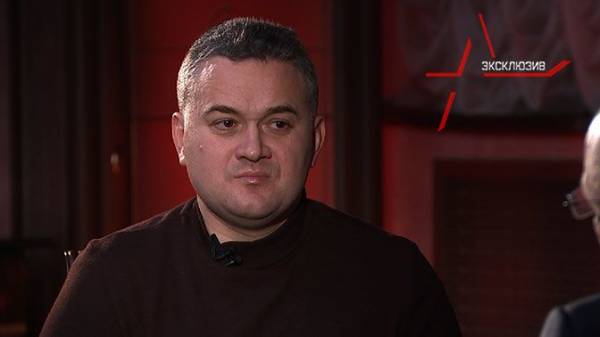 Star
Yuri Baturin claims that he – a former Ukrainian military.

According to a former “military”, a few days after the shooting down of the aircraft on the territory of his command post came a convoy of 6-7 cars trucks 156-th of anti-aircraft missile regiment of the armed forces. Yuri Baturin argues that from a conversation with the drivers found out that they were carrying “Buk” in the village of zaroshchens’ke, Donetsk region. After this “war” has concluded that MH17 was shot down by the Ukrainian military.

In the Netherlands, said on Russia’s attempts to influence public opinion regarding the MH17 disaster

Note that the village of zaroshchens’ke is a settlement, which specifies the manufacturer of the Russian “Beech” “Almaz-Antey” as the point from which was struck MH17.

It has become known, where they will be judged suspects in the Downing of flight MH17

In the report of the International investigation team to investigate the MH17 tragedy, published in September 2016, said that the missile was launched near the village of Pervomayskaya, which in July 2014 was also controlled by militants “DNR”. Pervomayskiy is located in 50 km to the East of zaroshchens’ke.

Interestingly, the TV channel “Star” already published material about Yuri Baturin – it was the 6th of October. The TV channel of the Russian defense Ministry reported that the Ukrainian military Yuri Baturin crossed the Ukrainian-Russian border and asked for political asylum in Russia. Also “Star” pereskazal his version of events. However, the same day the material was removed, writes Lenta.ru.

The Bellingcat report: what is known about the crash of flight MH17 in the Donbas three years later

“The reasons for the lack of news on the website of the TV channel are unknown. Presumably, this material is a fake”, – stated in the message of the Russian edition.

We will remind, the Bellingcat team found probable military drivers which had to do with the “buke 332” who brought down flight MH17 in the Donbas. This is stated in the new report of the organization.

So, the photographs published in the Russian social network Vkontakte, the soldiers of the drivers from the 2nd and 147th road battalions, see the trucks and sweepers with the same license plates as the car that was moving in a convoy and that was on video and photo from 23 to 25 June 2014.

A new report by Bellingcat identified truck drivers in the columns, which were transported by “Buki” in June and July 2014, including a truck carrying “Buk 332”, number “4267 AH 50”, and the number of trawl – “XP 4679 50”. The report also indicated drivers that could be relevant to the transportation “Buck 332” Millerovo on the Russian-Ukrainian border.

17 Jul 2014 in the area of armed conflict in Eastern Ukraine was hit Boeing 777 Malaysia Airlines, carrying out flight MH17 from Amsterdam to Kuala Lumpur. The tragedy occurred in the Eastern Donetsk region near the village of Hrabove, near Torez. All 298 people who were on Board were killed.

13 October 2015 , the Security Council of the Netherlands issued its own report on the crash of passenger liner Boeing 777 “Malaysian airlines”. According to the document, the aircraft was struck by parts of the 9N314M missiles fired from MANPADS “Buck”; it was found that the initial launching point is located on a land area of about 320 square kilometers in Eastern Ukraine.