The interior Ministry announced the number of victims during clashes with activists. 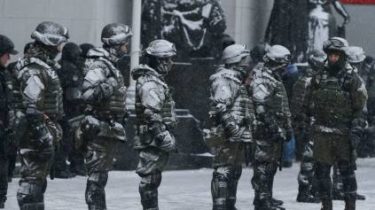 The result of the assault by the Verkhovna Rada injured eleven police officers and two civilians.

This was announced by the interior Ministry.

In the incident at the Verkhovna Rada injured eleven police officers and two civilians pic.twitter.com/KbOPlm2Pcv

Videopoke Saakashvili. The police used force against protesters at the Verkhovna Rada

Earlier it was reported that the police on 6 December attempted to storm the tent camp near the Parliament, but met with resistance from activists. As a result of opposition from both parties there are victims.

Lutsenko called on Mikheil Saakashvili to come to the investigators within 24 hours. After this period, the politician will come again the security forces.

Videoart Mikheil Saakashvili: why actually took to the streets of Ukrainians