Ukraine may lose U.S. support in the event of dismissal of the head of NABOO, former adviser to Biden 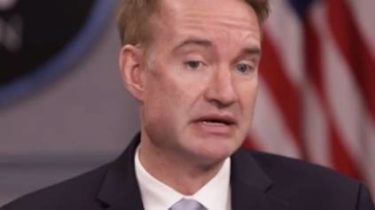 If the Verkhovna Rada will vote for the dismissal of the head of the National anticorruption Bureau of Ukraine Artem Sytnik and Chairman anti-corruption Committee of Parliament, Yegor Sobolev, this may result in the termination of support of Ukraine from the USA.

This is indicated by the statement of Michael carpenter, a foreign policy adviser to ex-Vice-President of the USA Joe Biden and former Deputy assistant defense Secretary on Ukraine and Eurasian Affairs in the Obama administration, and now Director of analytical Center Biden at the University of Pennsylvania.

“If the Parliament will vote for the dismissal of the head of the Anticorruption Committee and the head of NABOO, I will recommend to cut all the assistance from the U.S. government for Ukraine, including security policy. It’s a shame,” wrote carpenter in Twiiter.

We will remind, the head of the parliamentary faction “Block of Petro Poroshenko” Arthur Gerasimov and “people’s front” Maxim Burbak have registered in the Verkhovna Rada a bill, according to which the head of the National anticorruption Bureau of Ukraine Artem Sytnik want to dismiss it without an external audit.

6 Dec MP from the faction “Samopomich” Yegor Sobolev has been recommended for dismissal from the post of Chairman of the Verkhovna Rada Committee on preventing and combating corruption. For this decision voted 12 deputies from the faction “Block of Petro Poroshenko”, “Revival”, “Opposition bloc”. Two abstained. Sobolev’s work was unsatisfactory. Further the decision will be submitted for consideration of the Verkhovna Rada of Ukraine.