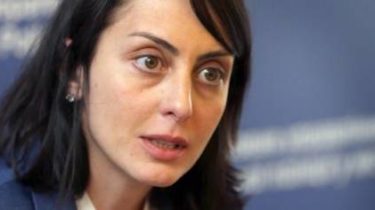 The former head of the National police of Ukraine Khatia Dekanoidze came under the building of the security Service of Ukraine, where is the detained leader of the “Movement novih forces,” Mikheil Saakashvili. She’s called ridiculous charges of the Prosecutor against the policy.

“The charges that have been, it is funny to me as for the person who knows him well. Honestly, this whole connection with Kurchenko, this is ridiculous. We see what happens to NABOO, with the anti-corruption Committee. And I’m very hurt,” she said.

According to Dekanoidze, the situation in Ukraine, it follows from Tbilisi, where he now resides.