“Escaped the extreme power of action and blood”: Lutsenko commented on the detention of Saakashvili 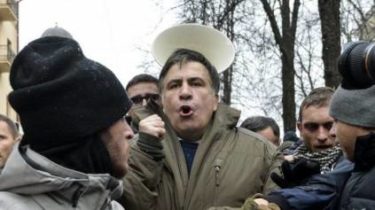 The police detained the leader of “the Movement novih forces” of Mikheil Saakashvili in the district Encouraging in Kiev, and then was placed in a temporary detention facility.

This was announced by Prosecutor General of Ukraine Yuriy Lutsenko in Facebook. Source Tsna said that the politician was detained in the house.

Saakashvili is already in jail

“As promised, the security forces did everything to avoid extreme use of force and blood,” – said Lutsenko.

Press Secretary of the PGO Larisa Sargan, in turn, has informed that lawyers of Saakashvili notified of the arrest.