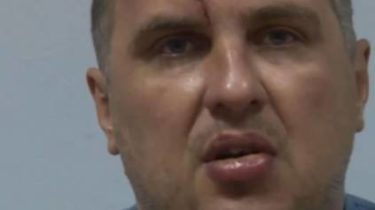 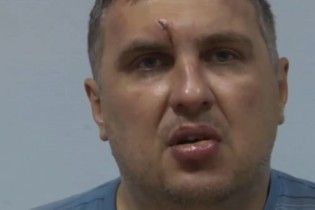 Controlled by Russian occupation authorities, the court extended the arrest of Ukrainian Eugene Panov, accused the Russian secret services in the preparation of acts of sabotage on the Crimean Peninsula in the summer of 2016, two months.

This was stated by his lawyer Dmitry Dinze, writes “Interfax-Ukraine”.

“He extended the period of detention until 9 February,” he said.

According to the lawyer of Ukrainian, the decision was taken this week.

“Next week we need to announce the completion of the preliminary investigation”, – said Dinze, stressing that the lords, as before, pleads not guilty.

Recall, 10 August 2016 of the Federal security service of the Russian Federation said about prevention in the occupied Crimea terrorist actsthat were allegedly prepared by the Main intelligence Department of the Ministry of defense of Ukraine. Also, the FSB told about the elimination of “intelligence network” of the Ukrainian intelligence in the Crimea among citizens of Ukraine and Russia.

One of the organizers of terrorist attacks called the inhabitant of the Zaporozhye region Yevgeny Panov, who served in the 37th separate infantry battalion of the armed forces under a call sign “Eugene”, which was discharged in August of last year. The brother of the detained Ukrainian claims that he was kidnapped on the territory of mainland Ukraine and were taken to the occupied territory.

Also in the case of the “Ukrainian saboteurs” in the Crimea was detained Sahta Andrei Romanovich, who was vacationing in the Crimea. Judging by Facebook Andrew Sahaja, he hails from the city of Borislav of Lviv region, he graduated from the Drohobych state pedagogical Institute. I. Franko. The place of residence he noted the Crimean Yevpatoria, but, apparently, he lived in Moscow. In June last year Sahta pointed by Geoteam to your photos of the Russian capital. In addition, the spouse of the detainee Oksana Stetsyuk, a native of Lviv, the residence indicates Moscow. They have a daughter who was born in January last year.

Previously accused the Russian authorities of “preparing terrorist attacks” in Crimea Evgeny Panov and Andrew Sahta recanted, which they gave immediately after the arrest in August of 2016. Gentry also spoke about the terrible torturesthat he was used by the FSB: beaten with an iron pipe, hung and beaten with electric current.