Holodnitsky told the details of the trip with a Rush in the U.S.: “There unhappy” 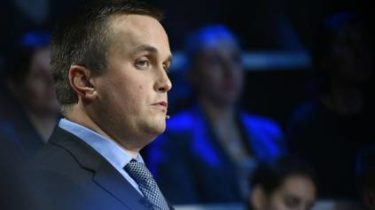 In the U.S. Department of State anti-corruption authorities of Ukraine fully supported.

In an interview with TSN.Tyzhden reported by Nazar Golodnitsky, head of the Specialized anti-corruption Prosecutor’s office

“Of course, we are grateful to our Western partners for their support. But to talk about dependence on the West, I would not. The first key message which we have heard, the U.S. state Department: “We support you 1000%”. It literally. The second phrase is the one that all conflicts should be resolved by legal means. Third – if there are criminal acts in the actions of the prosecutors, they should be investigated by the investigation and sent to court or to close the proceedings. And also, if the detectives NAB, prosecutors SAP has committed any unlawful criminal acts, they should also be held accountable. But only the results of objective and independent investigation. The point is to put the court”, – he said.

The Holodnitsky does not exclude that in the absence of a result to overcome the conflict between NABU and SAP on one side and the Prosecutor General’s office on the other could erupt into a real war.

“In every war there are victims. I don’t want to talk about the victims. The victim will finally be the whole country, because instead of having to fight corruption realistically, we are fighting between ourselves,” he said.

Nazar Golodnitsky added that the West is dissatisfied with the conflicts in law enforcement.

Recall the strife between law enforcement agencies has exploded recently when the Prosecutor General Yury Lutsenko accused the NAB to use criminal methods in operational work, involving the illegal secret agents and illegitimate in cooperation with representatives of the FBI.