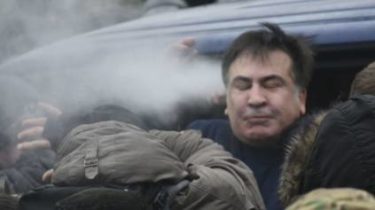 Mother of ex-President of Georgia Mikheil Saakashvili commented on his arrest in Kiev. In her opinion, the actions of the Ukrainian security forces are illegal.

“His arrest is absolutely illegal,” – said Giuli Alasania. She also expressed outrage that the arrest of its power is exercised the power, which has claims to be called democratic. The woman assured that, on its own initiative will not go to Ukraine.

As reported, the foreign Minister of Georgia Mikheil Janelidze declared that contacts with the Ukrainian foreign Ministry about the arrest in Kiev former Georgian President Mikheil Saakashvili was not. “Cooperation of Georgia and Ukraine on this issue is limited to the legal framework. If the issue is communication, they are conducted by relevant departments”, – he said.