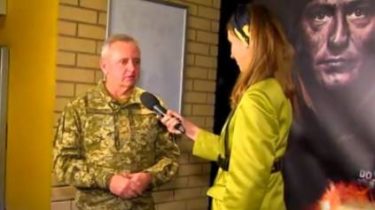 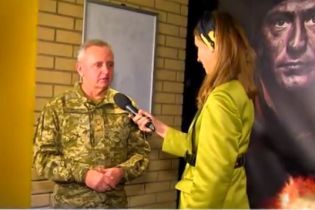 The chief of the General staff Viktor Muzhenko is fond of tapes about war, but movies not enough time. He told this “social life” at the premiere of the film “Cyborg” by Akhtem Seitablaev.

“Really, the profession requires, do watch films on military subjects. But, unfortunately, not in theaters – just no time. Thank God there are such moments, when invited to the premiere and have the opportunity to visit,” – said Muzhenko.

Cyborgs. The history of the Ukrainian military about the fighting in the Donetsk airport

On the question of Catherine Osadchaya about preferences in films, Muzhenko said that the fighters he likes quite diverse, and some of them even be useful for work.

“When you watch tape on military subjects, pay more attention to professional aspects. Sometimes some of the points we take in a practice in training the military. It is times like these, some elements which can be included in combat training”, – said the chief of staff.

We will remind, Ahtem Seitablaev received the order from the President for the film “Cyborg”.