The man who ran naked in the Kiev subway, was mentally ill 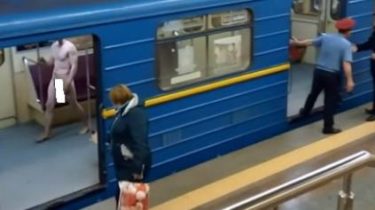 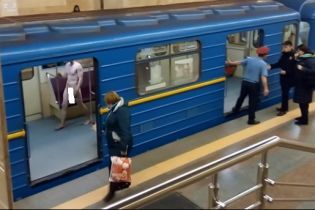 Man who walked naked on the car, and then rushed into the cab in the Kiev subway, was mentally ill.

Detainee – 29-year-old native of Chernihiv region, which is on the account because of mental health problems. After the arrest he was taken to the hospital.

The police started criminal proceedings under part 2 of article 345 (Threat or violence concerning the employee of law enforcement body) the Criminal code of Ukraine, since during his running around in metro man hit a police officer.

We will remind, in the morning of 11 December, passengers of the Moscow metro frightened naked man that walked on the car, and then rushed into the cab. The incident occurred on the metro Red farm on the Syretsko-Pecherskaya line. On video Network can be seen as a naked man walks around the car, and the passengers are in no hurry to go there too, waiting for law enforcement officers lead a strange subject.