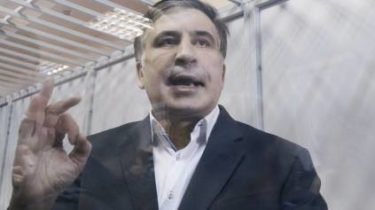 Russian intelligence services can eliminate Mikheil Saakashvili with the aim of destabilizing the situation in Ukraine.

This was stated by the Prosecutor Alexander Govorushko, arguing to the judge of the election of ex-President of Georgia of a measure of restraint in the form of a round-the-clock house arrest.

“One of the options of destabilization of the situation in Ukraine by the FSB may be the elimination of Saakashvili” – said Govorushko, referring to law enforcement officers.

Given the foregoing, the Prosecutor added, no other measure of restraint will not be able to protect the suspect, as well as the possibility of him procedural measures, given the fact that Saakashvili was hiding from law enforcement, showing unwillingness to cooperate.