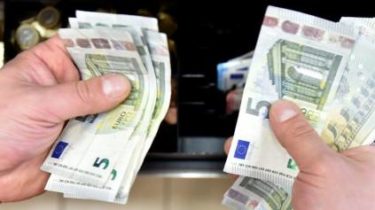 The national Bank of Ukraine has simplified the procedure of importation by residents of foreign currency. Without documents confirming the origin of funds, it is now possible to import more than $ 10 thousand Euro and their equivalents, UNIAN reports.

However, the money the citizens should declare to the customs authorities. The corresponding decree №127 shall come into force on 14 December. Until now, the same individuals could bring in funds in the amount of 10 thousand euros, subject to the availability of the documents confirming cash withdrawal from accounts in financial institutions, as well as receipts in foreign exchange operations with the cash. “In the future Ukrainians will be able to import the same amount without supporting documents, that is, only if its written Declaration to the customs authority in full”, – said the banker.

As reported, in November, inflation in Ukraine in annual terms amounted to 13.6%, which is 1% less than it was in October, when the rate was 14.6%. However, the national Bank predicted a lower figure. “The current dynamics of the consumer price index and its components exceeds the forecasted “Inflation report” for October 2017, and suggests that at the end of 2017 inflation more significantly deviates from the target level than previously thought”, – stated in the message NBU.