“I will refrain from emotion.” Lutsenko said that the GPU is going to appeal the decision regarding Saakashvili 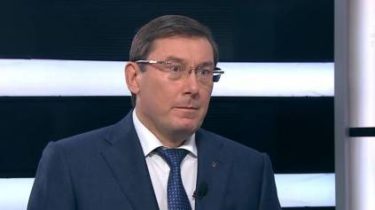 The Prosecutor’s office will appeal the decision of the Pechersk district court of Kyiv, which today, 11 December, in the evening released ex-President of Georgia Mikheil Saakashvili.

About this on ICTV said the Prosecutor General Yury Lutsenko.

“All the evidence we submitted to the court. However, the judge let him go. I will refrain from emotions and we will appeal,” – said Lutsenko.

We will remind, on Monday evening after 20:00 Pechersk district court of Kyiv released Saakashvili unconditionally. The court denied the prosecutors the petition about election of a measure of restraint in the form of a round-the-clock house arrest.

Earlier, the Prosecutor General Yuri Lutsenko has published a conversation recording of Saakashvili and oligarch of the “family” of Yanukovych Sergey Kurchenko. They agreed to cooperate.