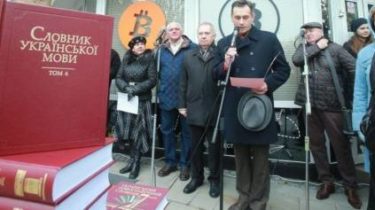 European Commission for democracy through law (Venice Commission) published an opinion on the language law of Ukraine “On education”. The document, posted Monday, December 11, on the website of the institution contains a number of recommendations for Ukraine.

In particular, according to the Commission, to execute the seventh article of the law in its current form, Ukraine needs to fully use the flexibility in the adoption of implementing legislation to continue to ensure a sufficient share of education in minority languages in primary and secondary school, in addition to studying the state language, and to improve the quality of teaching the latter.

The Venice Commission has chosen the Ukrainian in a leadership position

Also in the Ukraine suggest to amend the transitional provisions of the education act, providing a longer transitional period of implementation of the law, to exempt private schools from the new language requirements, and also to start a dialogue with national minorities on the language issue in education and to ensure that the law did not threaten the preservation of the cultural heritage of minorities and “the continuity of learning of languages of minorities in traditional schools.”

In turn, the Ministry of foreign Affairs of Ukraine on Monday expressed his gratitude to the Venice Commission for providing operational insights regarding educational law. “The decision of the Venice Commission translates the issue of further implementation of education reform in Ukraine only in the expert channel. In this regard, we call to refrain from further free interpretation on these recommendations to stop the politicization of the issue of the new educational law, its use for speculation and confrontation,” – said in a statement on the Ministry’s website.

We will remind, on December 8 the Venice Commission in its conclusions on the document noted that the Ukrainian government needs to make amendments in the new education act, otherwise the rights of national minorities to receive secondary education in their native language are violated. Previously, article 7 of the new education act has drawn sharp criticism, particularly from Budapest, Bucharest, Warsaw. This article suggests that, by 2020, children from families of ethnic minorities can learn in their native language only in elementary school. Starting from the 5th grade, the whole learning process will be conducted in the Ukrainian language and languages of national minorities will be taught only as a subject.

The conclusions of the Venice Commission regarding the law on education. Full text from tsnua