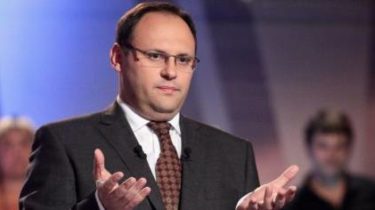 The court decided to return the passport of former head of the state Agency for investment and national projects Vladislav Kaskivsuspected of misappropriation and embezzlement of property in especially large sizes.

The relevant decision of the Pechersk district court of Kiev of December 7, published in the Unified register of judgments the day before, December 12.

According to the defender Kaskiv, travel abroad he needed to care for a young child.

We will note, the Prosecutor’s office filed a request for extension is assigned to Kaskiv obligations.

Recall the night of November 1, Kaskiv was extradited to Ukraine. According to a former official, he returned voluntarilyto prove his innocence in court. Investigators impute to him the acquisition in 2012 in collusion with other persons by means of the state budget in the amount of about 7.5 million. The former head Gosinvestproekta Kaskiv has already reimbursed the state caused damage.