Residents Trinibago Gladosovo left their homes due to militants – JCCC 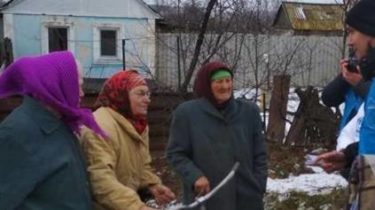 Fighters liberated the villages of Travneve and Gladosovo because of the endless obstrela militants were forced to leave their homes. They spent the night in the adjacent Novoluganskoe and in the basements of their homes.

Reported by the Ukrainian side of the Joint center for control and coordination of questions of ceasefire and stabilization of the demarcation line.

“The Ukrainian side strongly condemns cynical actions of the militants of the ORDO and insists on the necessity of the transition from caring for Shakhtar in the pages of the Pro-Kremlin media, at least, stop the destruction of the population of Donbass”, – stated in the message of the Ukrainian side of the JCCC.

As reported, the soldiers of the 54th brigade celebrated the third anniversary of its fighting formation of liberation Travneve and Mladosovice. Local residents are not protesting, but not everybody is happy with the change, because waiting for further development of their lives. Officer of the General staff of the Armed forces of Ukraine Vladislav Voloshin said that these villages actually had not been freedbecause they were located on government-controlled territory.