A new record. Bitcoin has reached the level of 20 thousand U.S. dollars 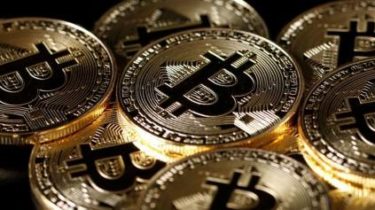 The cryptocurrency bitcoin has overcome another pricing level, and has risen to a record 20042 U.S. dollars. One day the price jumped up by 10%.

At the beginning of the year, one cryptomonad cost about 1 thousand dollars. Thus, the price of bitcoin has increased 20 times.

In an unexpected win from the growth rate of bitcoin has been the police in Germany. A few years ago they seized 126 bitcoins from drug traffickers. Now confiscated virtual money sell through the auction. German cops hope to gain more than 2.5 million euros.

Now the bitcoin exchange rate again slightly decreased to 19074 USD per cryptomonad, as evidenced by the data from the stock exchange coinmarketcap.com.

Early explorers Alicia Cameron and Kelly Trinh from the State Association scientific and applied research of Australia warned investors to be cautious with deposits in bitcoin. Experts have not yet come to conclusions, it is a bubble or a profitable capital investment. The difficulty lies in the fact that bitcoin does not calculate profits (from stocks) or rent (from property) and is not tied to the national economy.