In France, for a record price under the hammer left the skeleton of a mammoth 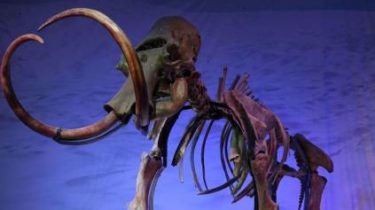 In France, for a record half a million euros was sold the skeleton of a mammoth, said in the story “Sedanka z 1+1”.

The age of the skeleton is approximately 15 thousand years. It is surprising not only in size, but very good condition.

Auction organizers claim that a complete skeleton of a prehistoric animal is rare, so such a high price for them expected.

Note, almost 550 thousand euros for the skeleton laid out by the French concern for the production of insulating materials. The company has the mammoth depicted on the logo is the product of the same name.

We will remind, recently in Berdyansk under the Foundation of the kindergarten found the remains of a mammoth. The discovery of more than two million years.

Videostories finding: in the Carpathian mountains at 5-meter depth, found a mammoth Tusk