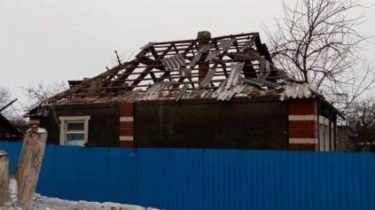 In Donbass militants opened fire from “Grad” in the village of Novoluganskoe.

This was announced on his page on Facebook volunteer Yury Mysyagin.

“10 minutes ago, the separatists shelled a residential village of Novoluganskoe of reactive systems “Grad”. Released the whole package,” he wrote.

According to Mysiagina, as a result of shelling, burning houses.

Separately, the volunteer reported that locals are wounded.

10 minutes ago the separatists shelled a residential village new Lugansk rocket systems GRAD. Released a package. The burning houses. There are wounded among the locals.

We will remind, for last days, on December 17, the situation in the zone of the antiterrorist operation is complicated. As a result of enemy shelling , three Ukrainian soldiers were killed. In just the past day militants 14 times fired at positions Armed forces of Ukraine.