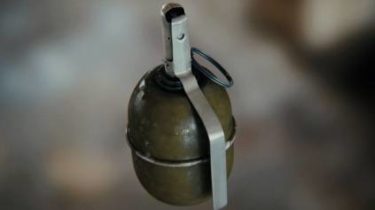 In the center of Kiev, near NSK “Olympic” official was found in his Mazda car attached grenade.

This is with reference to sources in law enforcement bodies of the capital, writes “NewsOne”.

As noted, the incident occurred on Monday, December 18, at 20:00 in the Parking lot of the stadium. A man who works in the State grain Corporation of Ukraine, came to work and started to clean the car from snow, and on the windshield found a thread in black, which was attached to the subject similar on a grenade.

After that, the official called the police, the investigative team confirmed that the black object is a grenade RGD-5.

Now upon the incident the criminal proceedings under articles about attempt to commit a crime and premeditated murder.

We will remind, in November, in Kiev, riot police detained the car with explosives in the Parking lot of the shopping center “Arcadia” on Osokorki Darnytskyi area. The officers of the regiment of special police noticed a suspicious car Volkswagen Passat, in which were two men, and decided to check it out. In the trunk police found five plastid briquettes with a total weight of 6.5 kg and 10 electric detonators. The explosives were ready to use. According to people’s Deputy of Ukraine Viktor Baloga, the detainees are residents of Mukachevo and can relate to people’s Deputy Michael Lanyu.