“Is he dead, considering that we don’t care?”: The algorithm Facebook has hidden from Americans the post about the illness of their friend 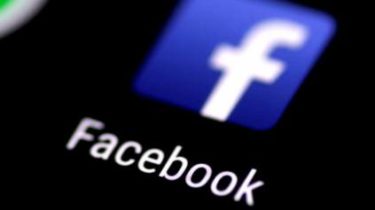 The Facebook algorithm that recommends news to the user, hidden from the Americans post about the death of their friend. User of the social network of Karin Vainio 19 Dec told in a series of posts on his Twitter page: “Just found out that my friend with whom I have almost 20 years was a familiar online last night died. Our friendship began on a gaming forum and moved to Facebook”.

Just found out a friend of mine that I’ve known online for nearly 20 years & met once in person passed away last night. He was about my age.

It turned out that the friend Karin was sick a long time, but she didn’t know about it because Facebook did not show its publication. The girl said that though, and saw each other only once, they are constantly communicating online. “He did not post a lot, but always like and comment on the record,” she says.

“I started to read his notes and they found written in the November post that now each hospital. I never this publication not seen. Other friends whom I interviewed, also did not see notification about the hospital. And the worst part is that we are not even commented on this entry, because I haven’t seen it. Is he dead, considering that we don’t care?”

She is confident that the Facebook algorithm did not show records for her boyfriend because he did not post a lot to Facebook has become “boring.”

According to Medusa, Vainio began to address reporters after the publicity of the story. Karin refused to communicate with them. “All I want is that the representatives of the social networks understand the consequences of what they had to endure me and my friends,” assured the girl.

In comments to a series of posts Vainio about your friend, Internet users have condemned the replacement of real relationships of virtual and wrote that the woman may not consider a friend someone is constantly communicating only on the Internet. On these observations, the American replied that at the end of 2017 it is time to understand relationships without social networking does not happen.