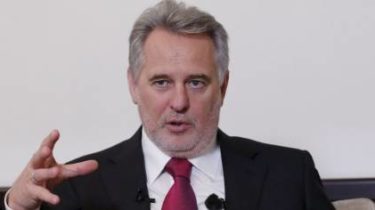 The court of appeal of Vienna rejected the prosecutors ‘ complaint and confirmed the decision of the court of first instance about refusal in the extradition to Spain of the Ukrainian oligarch Dmitry Firtash.

This is with reference to the decision of the court writes LB.ua.

“Today, the court of Appeal of Vienna at the meeting, which began at 10:00 local time, made the final decision about the refusal of Spain to extradite Ukrainian businessman Dmitry Firtash”, – reports the edition.

As noted, the decision was taken due to the absence of corpus delicti, the place and time.

In turn, the lawyer of Dmytro Firtash Dieter Bohmdorfer noted that the decision of the court of Appeal of Vienna is final and binding with no possibility of appeal.

“The court decided to reject the Spanish request for extradition, because he does not meet the requirements to such documents neither on its face nor in essence”, – he said.

Note, December 14, the Supreme court of Austria has suspended the decision to extradite Firtash in the USA and sent an inquiry about its legality in the European court in Luxembourg.

We will remind, on February 21, the Austrian court has allowed the extradition of Firtash to the U.S., which sought the extradition of the businessman for three years. States accused Firtash that he with the help of bribes for a total amount of 18.5 million dollars wanted to get permission to mine titanium in India. Us investigators had found more than a hundred offshore companies. For all Firtash faces 50 years in prison and confiscation of all assets.

Against the businessman is another case – a warrant for the arrest of Firtash gave Spain. There he is suspected of money laundering and participation in an organized criminal group.