Traffic on the outskirts of Kiev is still difficult, but the restriction on entry of trucks already removed 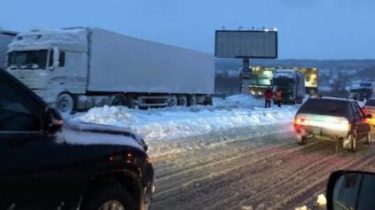 In connection with difficult weather conditions the traffic at the entrances and exits of the capital is still complicated. However, the trucks on the territory of the city has already passed, said the patrol police Department of Kyiv.

It is also noted that public transport is now actively clearing city from snow drifts.

Kiev woke up in a snowdrift

Recall, the snow started to cover the capital on Monday, December 18. After days of blizzards on the entrances to the capital stuck hundreds of trucksand traffic in the city was paralyzed with a continuous traffic jams.

Videos, because of the snow in front of the entrance to Kiev stand kilometer queue of trucks