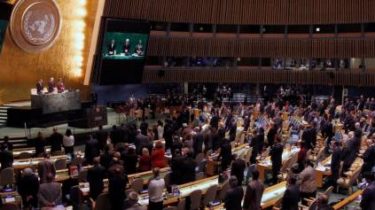 On 19 December , the UN General Assembly adopted an updated resolution on the situation of human rights in the temporarily occupied Crimea. It was voted 70 countries, 26 were against, and 76 abstentions.

The permanent mission of Ukraine to the UN called the five major provisions of the adopted document:

The permanent mission of Ukraine to the UN