The Cabinet renewed an embargo on Russian goods, adding to the list of new 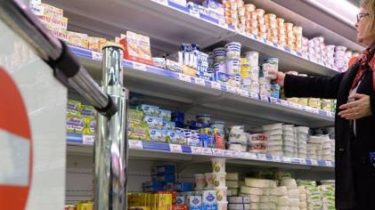 The Cabinet of Ministers of Ukraine has extended an embargo on the import of Russian goods until 31 December 2018.

Thus, the government extended the ban on import of meat of cattle, poultry, pork, fish, dairy products, and cigarettes, means for washing the skin, food for dogs and cats, equipment for railway, locomotives and other things.

This time the ban came more and polyethylene having a specific gravity of 0,94 or more, polyvinyl chloride, ammonium sulphate, a mixture of ammonium nitrate with calcium carbonate or other substances which are not fertilizers.

It is reported that such decision of Ukraine ensures national security in response to the introduction of Russian trade bans and restrictions.

Recall, the Verkhovna Rada adopted a law that will impose taxes on those who frequently transports goods across the border or forwards them.