Near Yasynuvata junction near Donetsk appeared snipers from Serbia 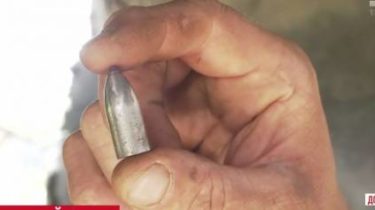 Special stress is now observed near Yasinovataya and Donetsk. There in recent days, killed two of the defenders of Ukraine, says the story TSN.19:30.

According to intelligence, on the side of Pro-Russian terrorists appeared snipers from Serbia. The positions of the warring parties located near the Donetsk filtering station, the Ukrainians are armed with a machine gun “Utes”, but the enemy is not above using more heavy weapons, but the hits in the infrastructure constantly blames APU. The tactics of the militants, the army has long studied. “Provoke to give an answer, and then snipers work in our. We called ukrofašistskoj zombie say, we do not take a bullet, only the “Grad”, – told the soldiers.

One military killed a sniper and another was killed by enemy shrapnel. In less than two weeks from shots of snipers on this front have killed three soldiers. According to the survey, currently on the position of enemy snipers came from Serbia. 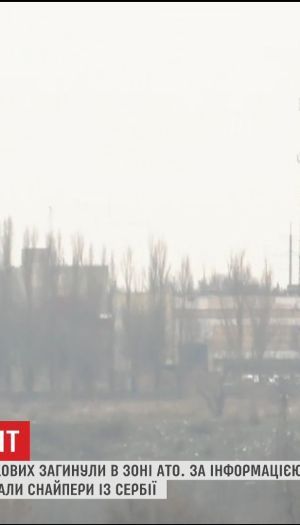 However, the bullets actually take – in the local unit, killing two soldiers. One of them was killed by a sniper, another was hit with a shell fragment. “During the shelling of the soldier was in the dugout, near the dugout looked out on a position to strengthen – hit by a shell that exploded a few meters”, – said one of the defenders of Ukraine. A victim of the sniper was the 24-year-old Andrey Borisenko, who participated in the ATO from the very beginning. “Ran to him, dragged out of the red in the green, assisted evacuated. Then call that two hundred – that for me was very difficult,” – says the sister with the Callsign “Barney”.

On Donbass the Ukrainian military was lost, four soldiers wounded

Andrew had a wife and daughter, well known military Affairs, served as the commander of a grenade, and then infantry sections. “As a fighter, had prepared one of the best was. Knew his business, did not have to explain, everyone knew from the first time” – describes the companion “Barney”. But even despite the death of military friends, military holding up decently and I hope to give a decent response, and the Serbs, and the Russians and the local separatists. “Everything is fine. Will live”, – says the Ukrainian soldiers.