There is no point in creating a government of the Crimea on the mainland Ukraine. 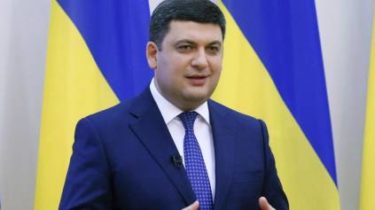 Prime Minister of Ukraine Volodymyr Groysman said that the establishment on the mainland of Ukraine the government of the Autonomous Republic of Crimea does not make sense, UNIAN reports.

To the question about the possibility of creating such a government, he replied: “as for the Crimean subject and situation with the Crimean Tatar community if there are any specific questions, we solve them fast enough. And, probably, creation of additional institutes – not in this sense”.

Volodymyr Groysman also noted that on the vital issues in the work of the Ministry.

Recall that recently the Prime Minister said, when you start to fall the dollar. According to him, fluctuations is a seasonal feature, and in January the situation stabiliziruemost.