“Ukrzaliznytsya” increased wages to their employees 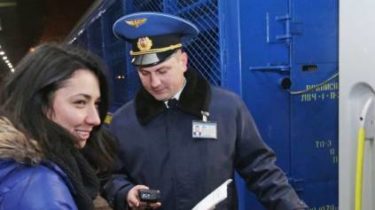 The largest state-owned rail carrier “Ukrzaliznytsya” retroactively from December 1, has raised half of its employees wages at 17-30%.

Decide on a new remuneration system today, December 22, adopted by the company’s Board, said in a Facebook acting head of “Railways” Evgeny Kravtsov.

“First and foremost we are changing the system of remuneration for workers of main occupations of locomotive brigades, drivers, instructors, locomotive crews. Overall, wage increases will affect nearly 50% of the employees of PJSC “Ukrzaliznytsia”. In the next two weeks will be working on the next phase of the wage increase under the new pay system. Will be approved the list of professions and positions that will be transferred to the new system from 1 January. To complete the transfer of all the employees of PJSC “Ukrzaliznytsia” to the new system of remuneration we plan until April 2018,” – said Kravtsov. 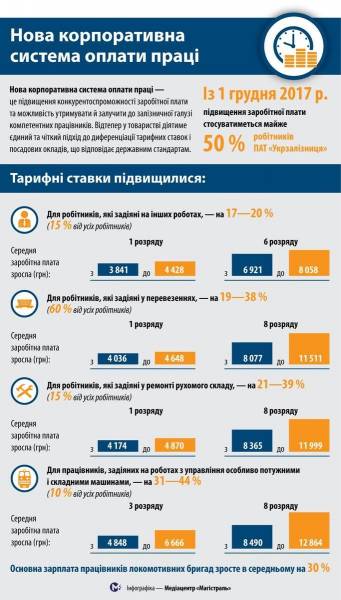