Kiev received the budget for 2018: record the size and priorities of social infrastructure and roads 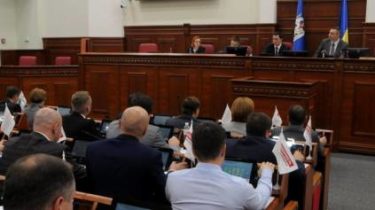 The size of the city Treasury amounted to unprecedented 49 billion hryvnia. This immediately 11 billion more than this year, according to a story TSN.19:30.

More of the budget pie went to teachers, medical, social protection and transport. “More money is spent on road repairs. Last year it was 200 km, 300 this year, if you do not lower the dynamics, then for 2-3 years the road will be”, – stressed the head of the KSCA Vitali Klitschko. One of the largest transport projects will start next year – half a billion hryvnia bury metro to the tenants, another billion will go to Podolsko resurrection unfinished. “Tired” the bridge on the Lot will be more expensive at 10 million

Videoselena received a record 49 billion budget for next year

Most money given to education, medicine and social protection. The most expensive construction projects 2018 will be the metro to the tenants and completion Podolsko resurrection of the bridge. Will appear in the capital and a huge national flag with a flagpole with a height of 75 meters and a cost of 50 million. 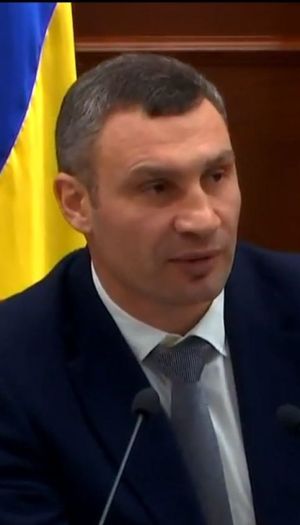 In the debating chamber is concerned that not enough money is allocated for the crematorium, 100 thousand is only enough for the project. But 400 thousand has planned for lovers monument near Shevchenko ZAGS and 50 million on a new flag. Regarding the latter, the idea to ask for the money in Kiev. “In these circumstances, the Patriotic impulse to install a flagpole must be done at the expense of Kiev voluntarily. Give a pension, I have a high – 10 thousand hryvnia,” – said the Deputy Vladimir Yalova.

National character height of 75 meters planned to be installed on the territory of the Museum of the Second world war. It is equipped with an electric motor for the folding of the flag and make the light. The new budget received a record 95 votes of MPs. The opposition complains that not enough money is allocated for housing and communal needs, and inflation will eat up all the increase in benefits.