On Sunday in Kiev, the number of trolley buses will change routes 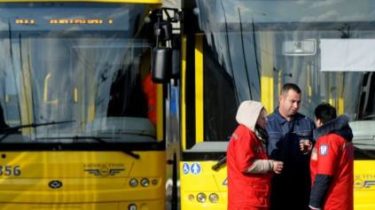 Sunday, December 24, in Kiev will be changed the route of a number of trolleybuses because of the festival “Ukraine and the world are celebrating Christmas together.”

“On 24 December from 16:00 to 22:00 there will be changes in the routes of passenger transport of the General using № 6, 16, 18. Such changes are initiated by the Department of transport infrastructure according to the order of KCSA in connection with the festival “Ukraine and the world are celebrating Christmas together,” the message reads.

Recall, new year’s eve transport in Kiev will work longer. As stated by the Director of the Department of transport infrastructure KSCA Sergei Simonov, subway, trolleybuses, trams, etc. will complete the changes to three hours later.