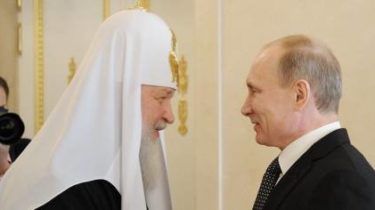 The Ukrainian authorities and the leaders of the militants agreed on the terms of hostage exchange. This was stated by the Patriarch of Moscow and all Russia Kirill after a meeting with leaders of terrorists “DNR” and “LNR” Alexander Zakharchenko and Leonid Beekeeper, and also the godfather of the Russian President and a member of the trilateral contact group Viktor Medvedchuk.

“Very delicate process”: Klimkin told about the situation with the exchange of hostages

According to him, the exchange of hostages, which is scheduled for 27 December “will start the” future exchanges.

“The lists did not include all those who will for some time continue to be in captivity, but they are hot hope that this first step will continue to further efforts for the release of all imprisoned”, — he said.

According to Medvedchuk, the time and place of the exchange will be reported on December 27.

“Today we intentionally did not mention it, though, of course, agreed about the place and the time. We are not told for reasons of security,” he said.

Earlier, the leader of the terrorist group “DNR” in the Donbass Alexander Zakharchenko said that the exchange of hostages between Ukraine and ORDA will be held on December 27 according to the formula “306 74”, as agreed earlier.