In Russia, the pensioner was blown away by the wind from the balcony on the fourth floor 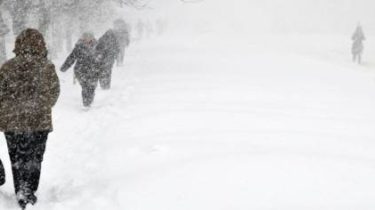 In the Russian town of Shakhtersk, Sakhalin island, an elderly woman blown away from the balcony, writes the local edition “Uglegorskiy news”.

According to an eyewitness, the 62-year-old woman went to the balcony of his apartment located on the fourth floor to smoke. At this time, outside the window the storm raged and the wind gusts were so powerful that a woman just fell off the balcony. But she was lucky to fall into a snowdrift.

However, in this adventure the victim is not over. In recent days, the region suffers from heavy snow storms. And visibility on the roads is almost zero. Therefore, after receiving the message, the ambulance was unable to reach the scene. To provide a woman emergency medical assistance, it had to be put in the bucket of the loader and transport it.

Also the edition notes that when, upon inspection, the woman had decided to move to the district hospital of the city of Uglegorsk, the ambulance driver had to go and open the front doors to see the road.

We will remind, not so long ago in Kiev on Borshchagovka pensioner committed suicide by jumping from the window on the 5th floor. As told by the neighbors, 80-year-old woman for about six months lived in the apartment of the son who looked after her.