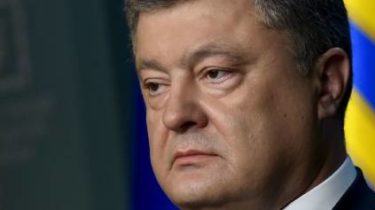 The President of Ukraine Petro Poroshenko said that after the liberation of the temporarily occupied territory, in the basement of the Donbass will make the Museum of the occupation

He said this, speaking at the international airport “Borispol”, where they arrived two aircraft with the release of the Ukrainian hostages, writes UKRINFORM.

“We will support those whose relatives remained in the occupied Makiivka, in the jails and prisons in the basement of the Donbass, where we are after the liberation, in these basements, we’ll do the Museum of the occupation,” – said Poroshenko.

Recall, December 27 at the Donbass was held first in this year the exchange of hostages between the parties to the conflict in the Donbass. The Ukrainian government gave the separatists 233 and controlled Kiev territory returned 73 hostages.