“Sorry that took so long!”: the SBU commented on the release of Ukrainian hostages Ukraine rejoices in the release from unlawful deduction militants ORDO hostages, but did not forget about those who remain in the hands of the aggressor. Work on their release will be continued, promised the head of the SBU Basil Gritsak.

“You’re home! Every fighter wants to tell his mother, his wife, and family ‒ I’m home! The country has done everything possible to be able to embrace their loved ones before Christmas. Sorry it took so long! We have finished the exchange process until each of our brothers will not return home. Ukraine is with you!” ‒ said the head of the intelligence services.

At the airport you have a festive meeting. After that, the plane should arrive in Kiev. According to TSN, captured right on the runway will meet with President of Ukraine. 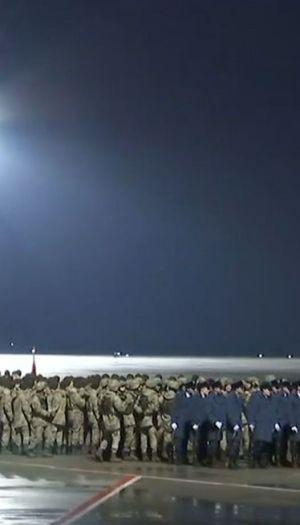 Hrytsak assured that the government is mindful of detained militants “DNR” and “LNR” hostages and political prisoners in Russian prisons. Now there is 103 people in the occupied Donetsk and Luhansk, as well as dozens in Russia. “We know each of them by name. And we will not stop until we liberate all! For us is also a priority ‒ the search and return to his family 402 missing persons”, ‒ said the head of the SBU.

The exchange of hostages: dozens of militants refused to return to ORDO

Hrytsak also expressed gratitude for the exchange of all who were prepared, and said relatives of the hostages, to whom he gave “a low bow” and praised their contribution as the largest.