In the Dnieper from ATO area brought three Ukrainian military in a serious condition.

According to doctors, in the most serious condition is a 27-year-old military man who received a perforating wound of the head. The man is in a coma awaiting surgery.

One of the soldiers – a 23-year-old fighter – damage to the eyes, face, neck. Doctors try to save his eyesight.

The third wounded – an open craniocerebral injury, he is awake.

Now the circumstances of how the soldiers were injured, doctors were not disclosed.

By the way, earlier the adviser to the head of the Dnipropetrovsk regional state administration Tatiana’s Lip on his page in Facebook reported that the Dnieper was delivered six military: two of the sector “Lugansk”, among them one with a severe wound of the head, and four from Mariupol, including one with the heavy mine-explosive wound is on a respirator.

28.12.2017 Today to the Dnipro was held two evacuation from the ATO zone : 1. With sektra “Lugansk” military helicopter s…

From the zone ATO helicopters, carriages of “fast” and the railway hospital of the Dnieper during the day, brought eight soldiers. Among them – the wounded, injured and sick. 23-year-old Elijah at Water lost an arm, and fragments broke off the neck, face and eyes. The 19-year-old Oleg fractured skull and complex brain injury with hemorrhage. 27-year-old Alexander an enemy bullet pierced his head. 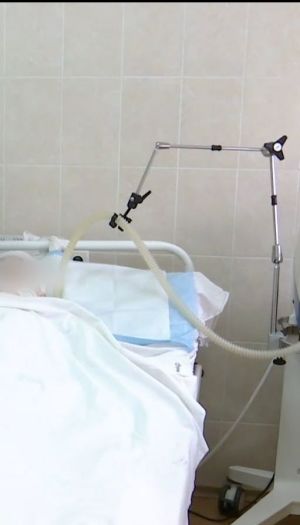 Recall that in the General staff called the number of dead and prisoners of war in the Donbas to 2017.

Over the year the Armed forces of Ukraine received nearly 200 deadweight loss. As of December 18, the Ukrainian army has lost a soldier 191. Irrecoverable losses include those killed in battle, missing and prisoners. Another 174 soldiers were wounded.