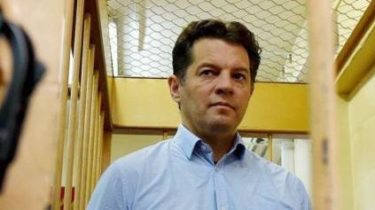 The lawyer of Ukrainian journalist Roman Sushchenko, arrested in Moscow, mark Feigin told, as is familiarization with the materials of the investigation.

“Yesterday visited his client. We get acquainted with the case materials. Roman Vladimirovich currently studying ninth (out of ten presented by the investigators – ed.)”, – said Feigin.

The lawyer also said that Sushchenko normal condition. In addition to familiarization with the materials of the case he follows the news recently especially watch the course of exchange of hostages.

A lot of joking and ordered not to be sad: in a Moscow prison Sushchenko met with the family

Recall, 30 September 2016, Roman Sushchenko was arrested in Moscow, where he arrived on a private trip. On 7 October he was charged with “espionage”.

The FSB believes Ukrainian employee of the Main intelligence Directorate of the defense Ministry of Ukraine. Russian security forces claim that Sushchenko “purposefully collected data of state secret, the activities of the Armed forces and of National guard troops of the Russian Federation”. The journalist denies all the charges. The Ministry of foreign Affairs of Ukraine demands from the Russian side to stop the illegal detention of Ukrainian journalists and to ensure its smooth return to Ukraine.