Ukraine or Moldova: who will take the place of the poorest countries of Europe in 2018? 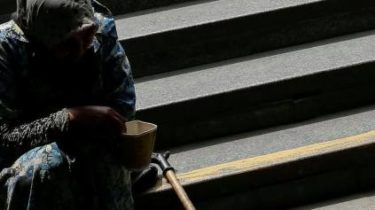 In 2018, Ukraine and Moldova will fight for the title of winners of the rating “the poorest country”. According to the employee of the analytical center Atlantic Council, economist Anders Aslund Ukraine showed a much worse development indicators in 2017 than it was planned according to forecasts.

“A year ago I expressed the hope that 2017 should be the year the economy of Ukraine. It was supposed to be, but it’s not. In the last quarter of 2016, Ukraine’s GDP increased by 4.8%. Unfortunately, in each of the next four quarters the growth rate has declined, and the GDP in 2017, increased by only 2 percent, slightly less than official forecasts,” writes åslund.

UN chief urged to overcome poverty in the world by 2030

According to him, the main reasons for the deceleration of the economy of Ukraine could have been avoided. So, one of them was initiated by a political force “samopomich” Union blockade of the occupied part of the Donetsk and Lugansk regions. It cost, says Aslund, 2% of GDP. Also, the economic slowdown has affected legal reforms that did not promote transparency of business and property rights.

The analyst also added that Ukraine for 2017 has become much less attractive to domestic and foreign investors. This, incidentally, affected by the changes in the law that regulates the right of ownership and business.

It is noted that the public authorities are engaged in “raiding”, constantly put pressure on the business. In the same way the pressure exposed to the anti-corruption bodies, in particular this is evident in the confrontation between the NAB and the Prosecutor General of Ukraine.

Despite the fact that Ukraine has achieved success in a number of economic decisions such as the decision of the Stockholm arbitration in favor of “Naftogaz”, macroeconomic indicators, budget deficit reduction and healthcare reform, the negativity has overshadowed all these positive developments.

Åslund believes that instead of focusing on increasing investment, protect private property, the authorities in Ukraine concentrates all attention on the presidential elections to be held in 2019.

We will remind, in Ukraine since 1 January increased minimum wage and now she is 3723 UAH in month size.