Disturbed “truce”: during the day, three Ukrainian military were wounded 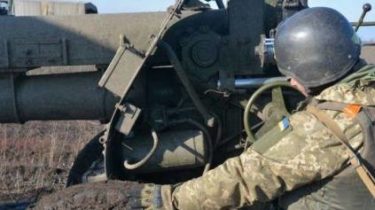 From 19.00 last days the militants have not violated the cease fire along the demarcation line of the parties not recorded any attack. Overall, however, the terrorists six times violated the truce.

At the direction of Lugansk more than four hours, militants shelled positions of the Ukrainian army in the area of Svetlodarsk arc. First, from heavy machine guns and 120-mm mortars fired at military in Lugansk, has released near this village about fifty of ammunition. Subsequently, machine guns and grenade launchers fired on the outskirts of Svetlodarsk.

#Topad #Foresnic #Donbas #spokesperson #statement the Construction of the Press center of staff ATO for the January 8, 2018 the Dark half…

Posted by the Press center of staff ATO on Monday, January 8, 2018

On Donetsk the direction they fired from heavy mortars 120-mm military in Pavlopole and from APCS, grenade launchers and machine guns – near Talakivka. Around Novotroitsk, the militants also intensified at lunch time. Mainly used small arms, including sniper, and later added grenade launchers. In this area the Ukrainian military responded with small arms and rocket-propelled grenades.

As a result of shelling, three soldiers of the Armed forces of Ukraine were injured.

Recall, January 7 during a combat mission in the direction of Lugansk wounded 1 soldier of the Armed Forces of Ukraine. It was immediately taken to the military medical facility in serious condition.