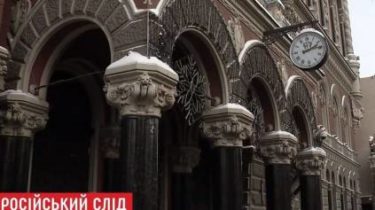 Press service of the National Bank of Ukraine commented, “distributed today by some media,” information about the resources of the fugitive Viktor Yanukovych’s repetition of the statement of the former head of the NBU Valeria Gontareva on October 7, 2016. A message posted on the official website of the banking regulator in the social network Facebook.

In the signed document Gontareva denied any involvement in illegal transactions and expressed support for the special confiscation and other ways to return stolen funds to the state budget. “The company ICU for more than eight years is the leader on the market of government bonds as brokerage services and services trade in government securities. On its leading positions say public ratings for trade government bonds and asset management clients. So when investors or banks need the professional support of transactions with debt securities, they are, in most cases, sought the services of the company to the ICU. In October 2013 the new edition of the law of Ukraine “About Depositary system of Ukraine”, which obliges market participants to register all transactions of purchase and sale of government bonds through licensed brokers. Also, this law changed the rules of settlement of transactions with securities, which were to be exclusively through PJSC “Settlement center”. When the state “Oschadbank” there is a need to involve a licensed broker to conduct secondary market transactions between non-residents and the Bank, they asked ICU. Before the release of the new edition of this law in “Oshchadbank” this was not necessary – he was the servicing Bank, the custodian of government bonds and a primary dealer for non-residents bought in 2012-2013 t-bills on the orders of non-resident companies on their own. The Bank confirmed the receipt of funds and conduct financial monitoring of non-resident companies, therefore, in the ICU did not have any suspicion about these companies, because all the documents and statement of accounts in the state Bank meets the requirements of the current legislation. All transactions on government bonds were held in “Oshchadbank” and seller of government bonds to nonresidents were “Oschadbank”, – stated in the text of the statement of Gontareva.

She also distanced himself from allegations of “some politicians” to facilitate the withdrawal by the previous government of Ukraine. “I think such an accusation is nonsense, because these funds are not derived abroad, and was invested in domestic public debt is a direct loan to the state budget, which the state, in the case of the adoption of the law on special confiscation, will not need to return. In passing I note that my practical activities in the company ICU has been primarily focused on asset management. I had nothing directly to brokerage activities, which, incidentally, is well known to all professional market participants”, – said the former head of the NBU.

Interrogation of witnesses continues. Now in court being interrogated Andrei Senchenko, the former representative of the President of Ukraine in Crimea. He described the entire chronology of the seizure of the Peninsula, as captured military units and blockaded the ships with the participation of the armed forces of the Russian Federation. 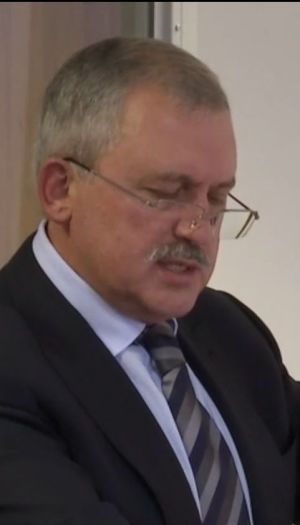